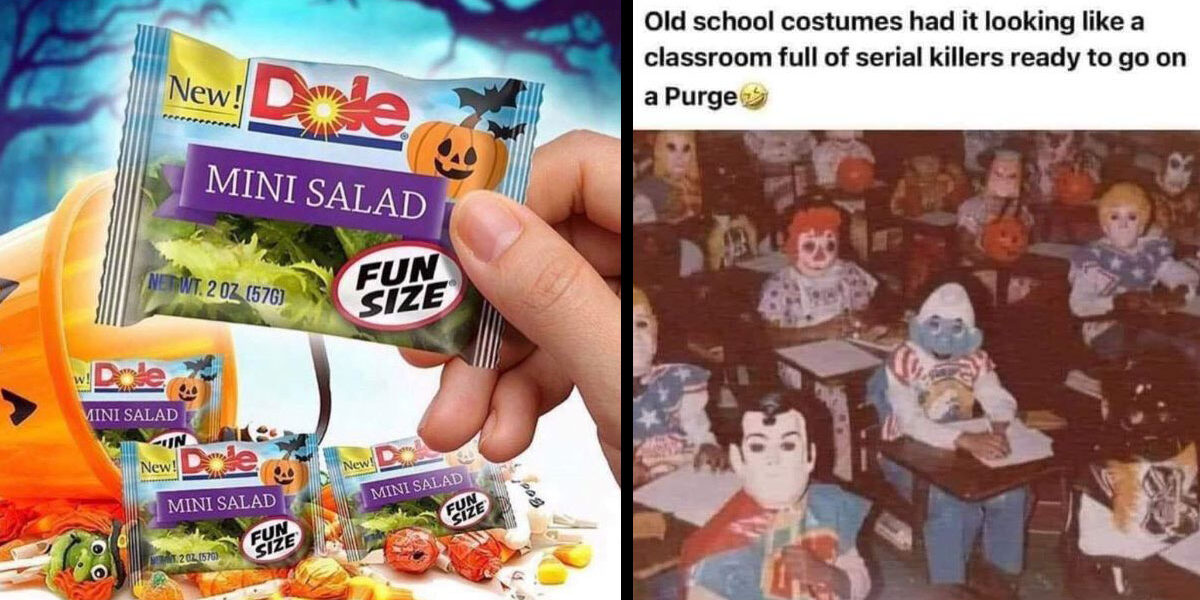 Not to brag, but I was the MVP of Halloween when I was a kid. My grandma, my mom, and I concocted costumes that could not be more legendary. Here’s a master list of the costumes I did so that you will believe me: I was Arthur from the hit PBS series, The Monopoly Man, The Mona Lisa, Ursula The Sea Witch, Garfield The Cat, and a Cavewoman all in a row. Those were the costumes I wore from Kindergarten through 5th grade, and I had all hits and no misses.

Even when I was a teenager, my Halloweens were rad. I might not have gone to epic ragers, but I did act in a haunted house for 3 years. And it wasn’t just a haunted house, it was a haunted forest—literally a bunch of teenagers in the woods acting out vignettes from horror movies and scaring paying customers. That’s what the spirit of Halloween is all about