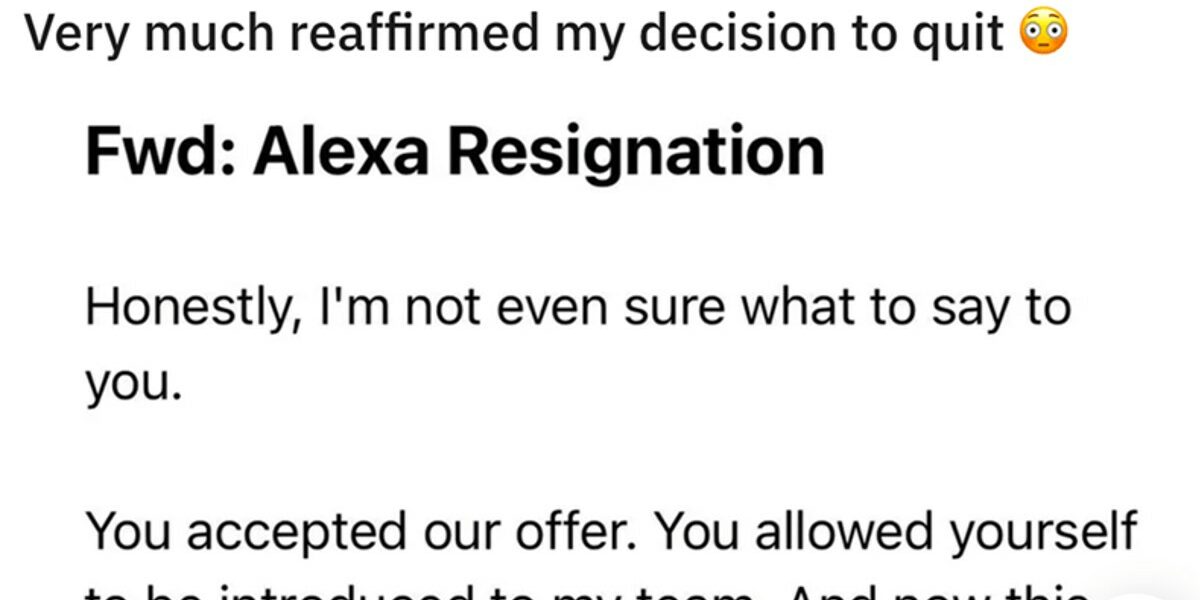 Sometimes you miss glaringly obvious red flags during the interview process. Sometimes the interviewer is entirely dishonest about what you can expect to find in your new role. Then, once you start working, you are suddenly faced with the horrifying reality of what you just signed on for. The best thing to do at this point is to walk away and not fall into the losing game that is the “sunk cost fallacy.” If you’re getting that feeling in your stomach that early on then you will be doing everyone a favor by deciding to do so.

That’s exactly what the graphic designer decided to do when she was lied to during the interview process. When she arrived on her first day she realized that the company actually had none of the high-profile clients they had bragged about and was informed that she would also be working for the business owner’s “side-hustle” stealing small artist’s work to place on t-shirts.

That’s when the graphic artist, Redditor u/OminousAvocado, realized that she needed to walk away. Despite being lied to, she sent a very respectful email to her new boss telling him that she was resigning and his response “reaffirmed” all of her doubts and her decision to leave.

The internet has been overwhelmingly on her side and panning the boss for his unprofessional response.

u/OminousAvocado gave further clarification to the situation in a comment which we have included in item #2 the responses to that comments are items #3 and #4 and then the emails and the rest of the comments follow.