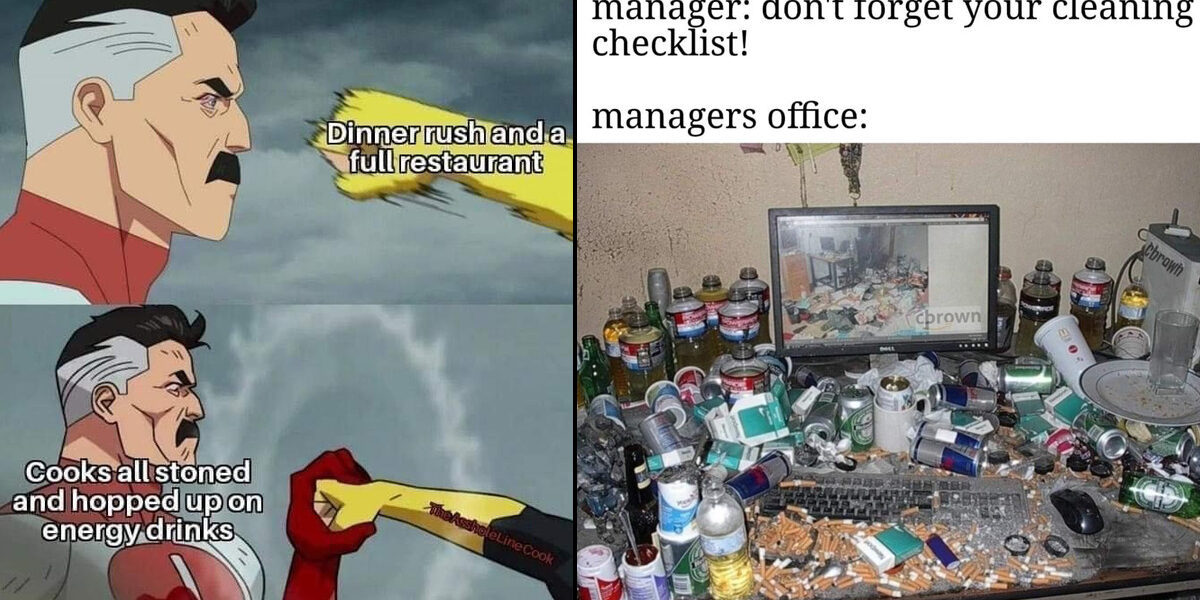 Ever since celebrity chefs became a thing, and probably even before that, chefs have been both negatively stereotyped and glamorized. And while it’s true that many chefs have quick tempers, foul mouths, and arrogant demeanors, we have to point out that there are chefs out there who are different. Chefs that nurture a team and highlight the people who help their ship run smoothly. Yes, we’re talking about prep cooks and dishwashers. As for the glamorization, most chefs aren’t living the high life with plush salaries and magazine features. The pay is usually nothing to write home about, and the hours are…many. Mean chef, nice chef, old chef, new chef – most of these people have a lot in common. Annoying managers, grueling shifts, and a penchant for uppers. These memes really capture life in the kitchen, for chefs and line cooks alike.