Funny Memes For Bird Lovers With a Sense of Humor 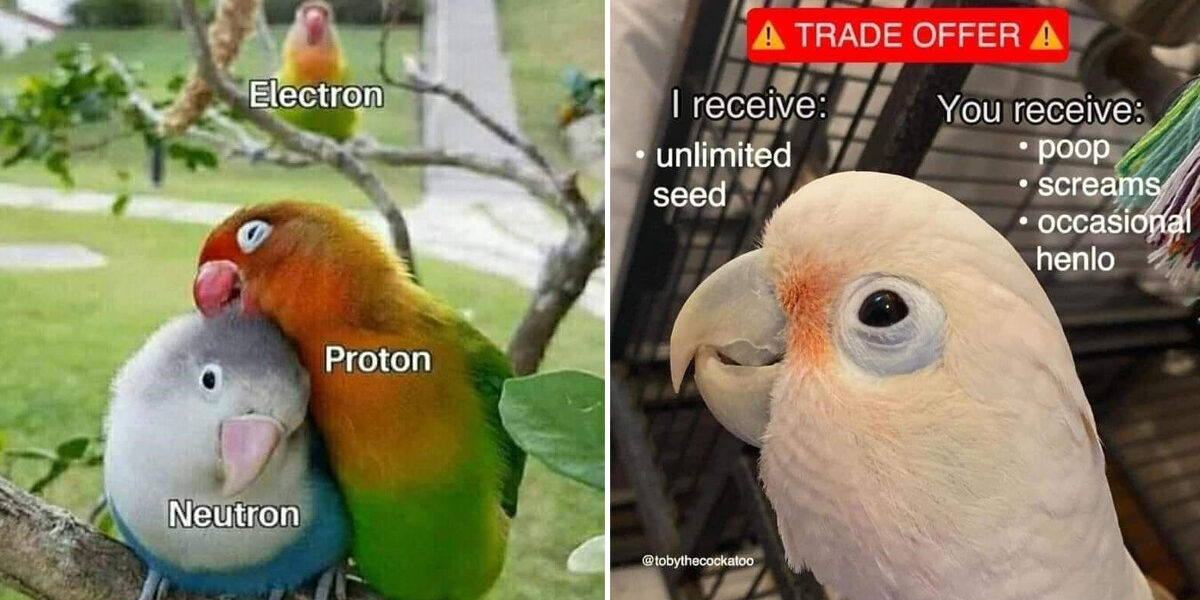 It’s easy to take birds for granted, especially when you live in an urban setting. The prevalence of pigeons, sparrows, and starlings here in New York is such that you can forget that they’re kind of cool. Yes, even the pigeons. The hatred humans have for them has long been dispelled as misguided and unfair. In fact, contempt for pigeons didn’t really exist until humans started building cities – and pigeons started adapting. Which is exactly what most humans were doing, too.

Whenever I leave the city or even just sit in my backyard, I’m more aware of how cool it is to watch birds darting from tree to tree, singing myriad songs – some of which, like the mockingbird’s, sound very reminiscent of car alarms. They’re beautiful, sound beautiful, and make the world a better place. And guess what? They’re really great meme subjects to boot. The proof is in this pudding, which is actually a gallery of memes.