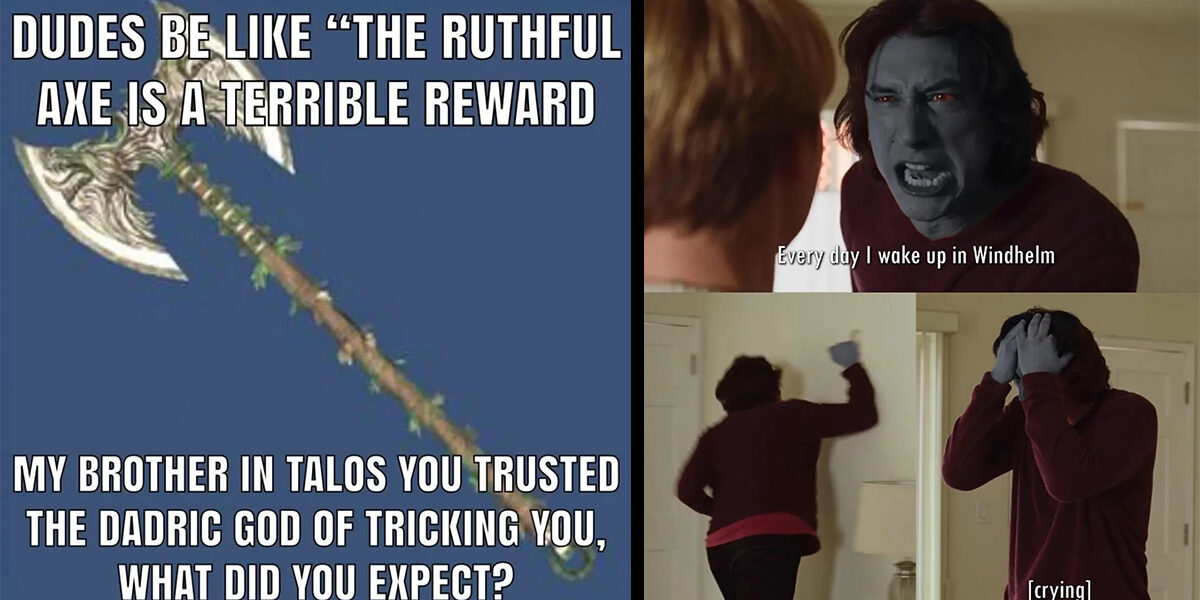 Before you cry out into the Twitter void and beg for news of The Elder Scrolls VI like you’ve probably been doing every day for four years now, why not enjoy some delightfully lore-filled Elder Scrolls memes instead? Sure, we’re all sick of playing Skyrim ad nauseam by now, but that doesn’t mean we can’t continue to appreciate Bethesda’s masterpieces through hilarious, relatable, and highly niche memes. Whether you’re a Khajiit for life or a diehard Morrowind player, we’ve got memes for every kind of Scrolls fan.