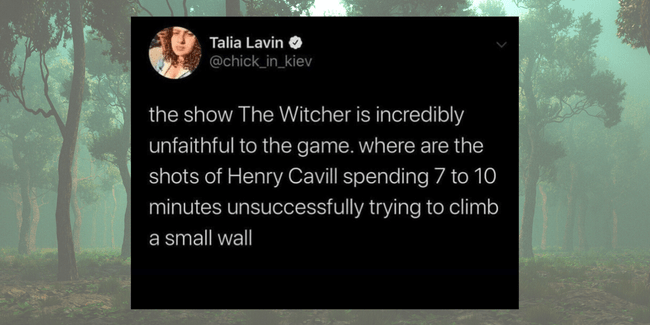 Unless you’ve been living under a rock, you are now aware of the fact that Liam Hemsworth is officially taking over the role of Geralt for the 4th season of ‘The Witcher‘ (after the announcement of an early Netflix renewal). As a fan, it’s always hard to have one of your favorite characters replaced halfway through the story. Luckily, we will still see Cavill in the upcoming 3rd season, where we’re confident that the production team will lay out the plot in an organized fashion to minimize the possible confusion that people living under a rock may have when Hemsworth pops out in season 4. Anyway, they’re both amazing actors and the opposite of a sore sight for the ladies out there… Hemsworth uploaded a post on Instagram, saying he is over the moon about the opportunity to play the cynical, mysterious, and powerful protagonist. And we’re over the moon about all the hilarious Witcher memes we’ve found this week. Enjoy!