Funniest Memes That Absolutely Hate Ohio With a Burning Passion 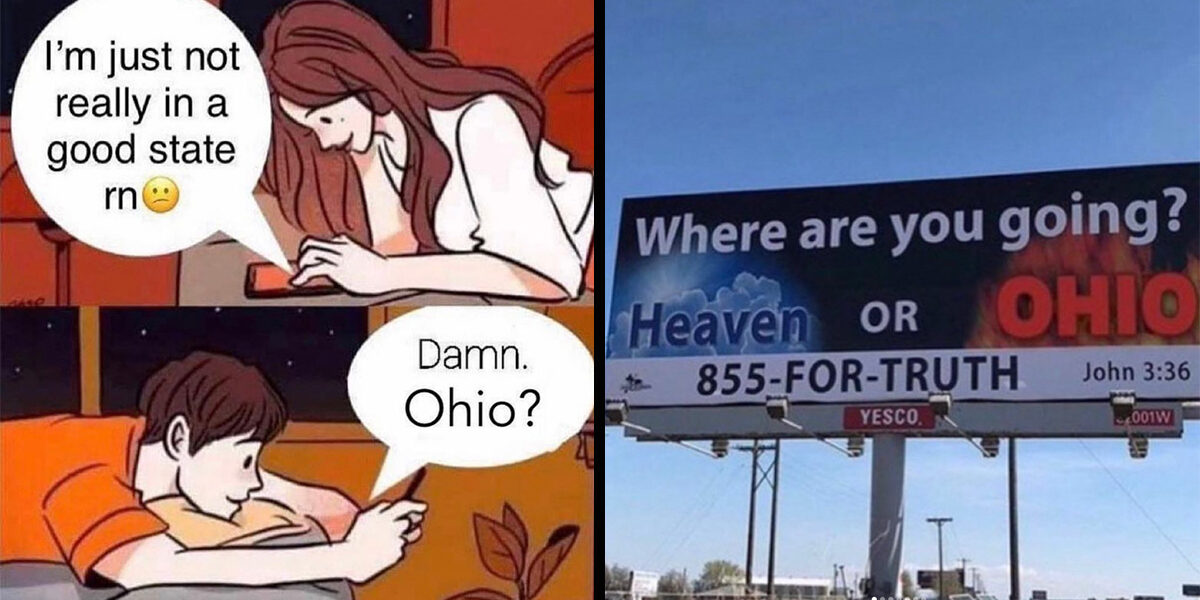 Listen, I’ve been in an out of Ohio many times in my life to visit my grandparents and had nothing much to report back on. I used to go to some seriously fire thrift stores though! Like, old people definitely donated to those places and had no idea about the awesome vintage stuff they were getting rid of. But other than that, I don’t know. It’s whatever I guess; no emotions for Ohio. However, people on the Internet seem to absolutely HATE Ohio with a burning passion. Like, I’m not even exaggerating. If you just Google “Ohio memes,” they are all roasting the state—it’s rare to come across one that is pro-Ohio. It just makes you think: Ohio, wtf did you do??? Like, I understand a flat state with annoying weather and mostly corn fields can be boring, but like, this feels personal. I mean, Devo is from Ohio!! It can’t be all that bad, can it?… These memes seem to think so.