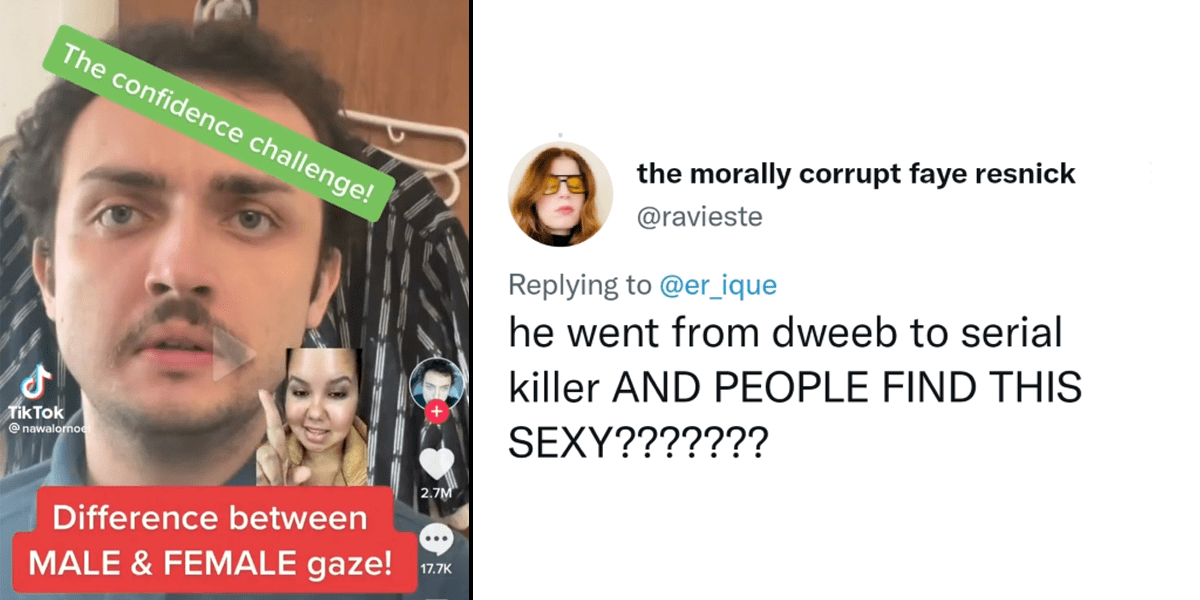 I’ve always preferred people who could be described as “unconventionally attractive”. Obviously, beauty standards are garbage and this is a kind of dumb way to describe somebody, but I’ve occasionally received some horrified looks from friends when confiding my crushes. Truth be told, many favor those who don’t fit the traditional definition of hotness, especially if they’re women attracted to men. All the incels out there losing it over the sharpness of their jawline don’t realize that charisma and being a decent person take you a long way when it comes to getting laid.

Nonetheless, there is a very fine line between charm and plain old weirdness. More confusing still, opinions on where this boundary lies are different for everybody. This has recently been illustrated by a viral TikTok challenge, in which a man called Kevin has been held up by many women on the platform as the perfect example of “female gaze” attractiveness. However, this didn’t hold up by the time this trend reached the wider internet. Many Twitter users were not only mystified by the hold this guy seemed to have on TikTokers, they complained that they were misusing a term that wasn’t anything to do with attractiveness. If we can take one thing away from this whole ordeal, it’s that horniness works in mysterious ways.