Facepalm-Filled Moments From the Stupidest Side of Humanity 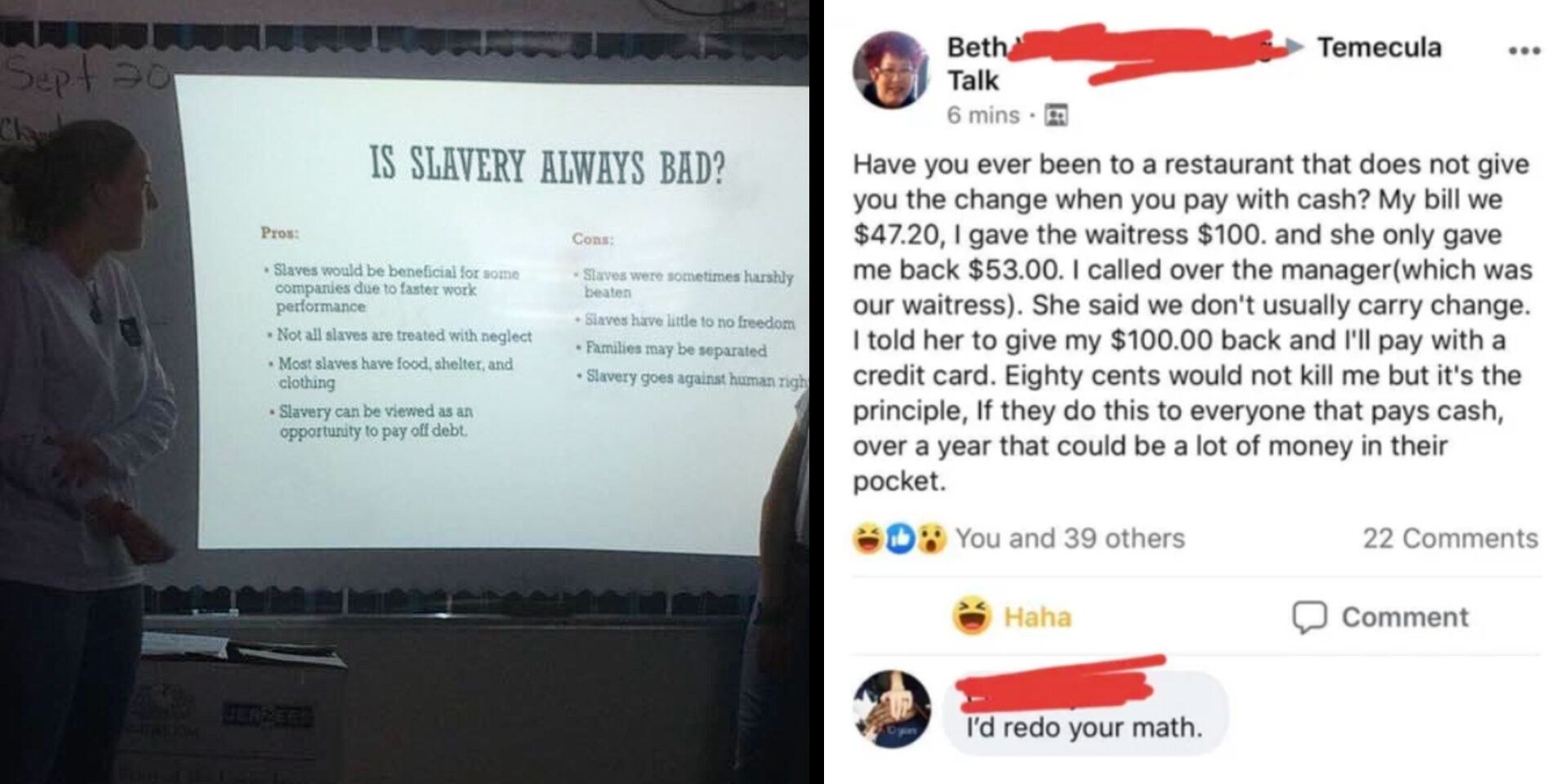 I often wonder if social media is making people stupider or if it’s just exposing the stupidity that was there all along. I’m inclined to believe the latter is true, but one thing is for sure—Facebook, Twitter, and Instagram aren’t raising any IQs. And this isn’t to say that I’m better than anyone else. On the contrary—I’ve posted some very dumb takes in my lifetime. Some of the dumbest. That’s why I feel entitled speak bluntly on the matter. Humans may be the most intelligent species on the planet, but that doesn’t mean we’re not dumb as hell. Keep scrolling to make fun of some posts that represent the stupid side of humanity.