Executive Gets Dunked on for Horror at McRib Preparation 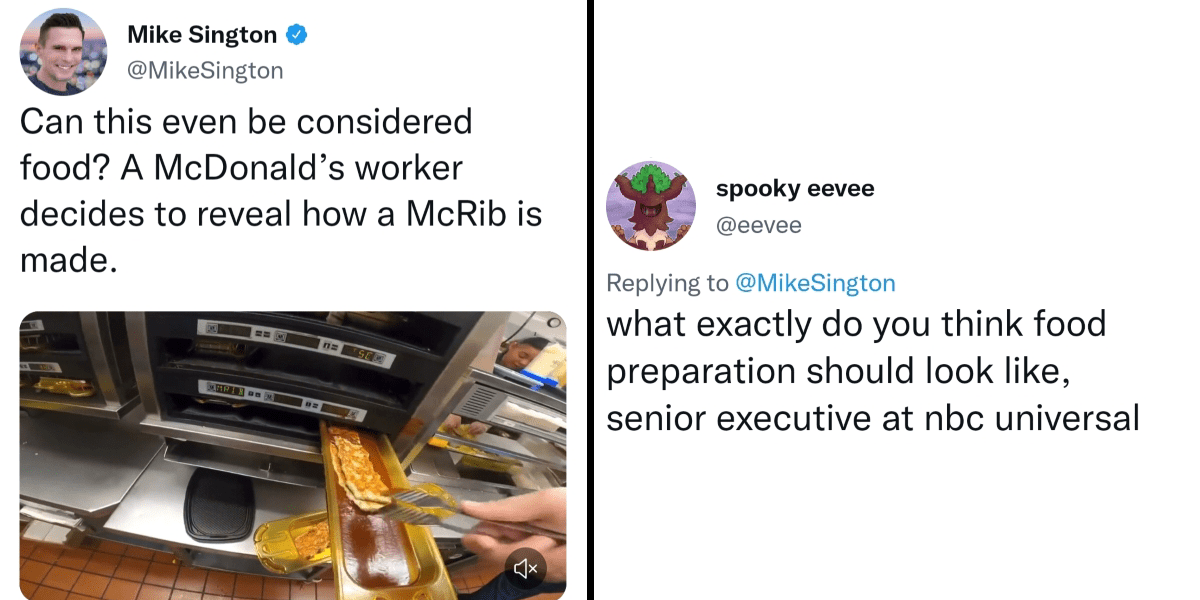 A lot of us who have worked service jobs have some not-so-fond memories of the grim reality that is how mass catering works. To this day, I chuckle at the premade trifles assembled hastily in a kitchen corner at my waitressing job, where at least once I was told to give compliments to the chef; and the frisbee pizzas I used to dig out of the chest freezer when I worked at a caravan park bar, often letting them burn because I forgot to turn them in the centuries-old toaster oven while I was serving customers. Also, let’s not forget the hospital porridge/slop marked “DO NOT MICROWAVE” that I duly nuked for eleven minutes every time, stirring halfway.

Long story short, most people who have worked for minimum wage are aware of the less than glamorous preparation behind much of the food we eat. Not everybody is in the same boat, though! There are those who have never had to get their hands dirty who express surprise, anguish even, at the fact that a $3.69 meal isn’t prepared with fairies and rainbows in the fifteen minutes it takes to get from order to stomach. When NBC exec @MikeSington was exposed to a behind-the-scenes look at how the McRib is made at McDonald’s, he was so outraged that he had to show Twitter the awful truth. This didn’t get the response he seemed to expect, with many rolling their eyes at his horrified reaction. You’re about twenty years to late to hop on the Super Size Me outrage, pal.