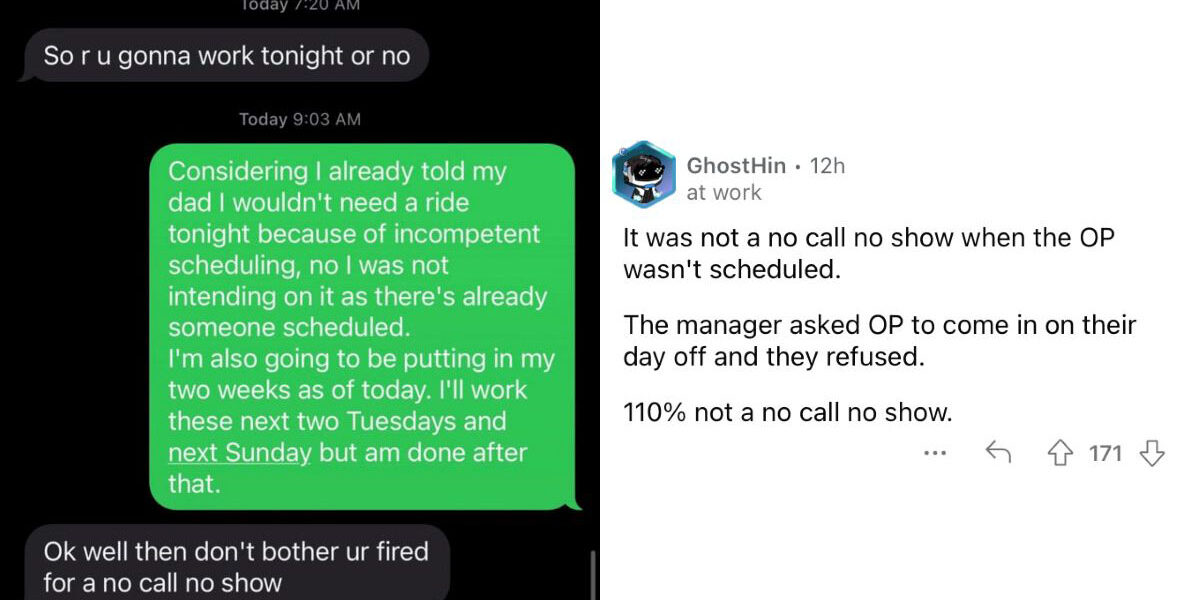 One of the best parts about being a salaried employee is that you don’t get called in for random shifts on the weekend. At least I don’t, but y’all stay safe out there. There’s nothing worse than preparing for a nice long day of doing nothing, and receiving a doomed call from your manager asking you to cover for someone. When I worked at a dog bakery, I was always the person saying “yes” to picking up this one girls shifts. If it sounds like I was being a pushover, it’s because I was a pushover. At the time, it was hard to leave any money on the table. However, I always had the option to say no when I was asked to take these shifts, and unfortunately, not everybody is given such an option. Redditor u/Liluzisquirt2x shared the story of his brother being fired for refusing to pick up a shift he wasn’t scheduled for, and the injustice is almost unbelievable.