Employee Finds Out They’re About to Be Laid Off, Finds Best Ways To Make Their Employer Uncomfortable 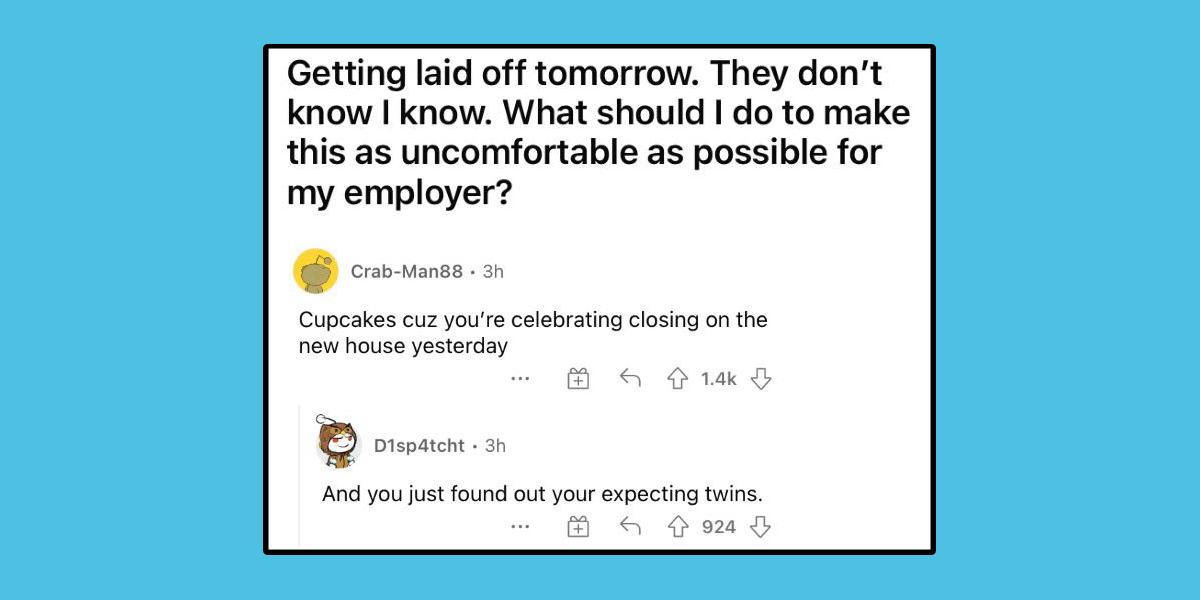 One Reddit user found out they were being let go and wanted to get some revenge. To do so, they asked Reddit what they should do to make the day they were getting laid off as uncomfortable as possible for their bosses. The responses were creative, compelling, and proudly went a bit too far.