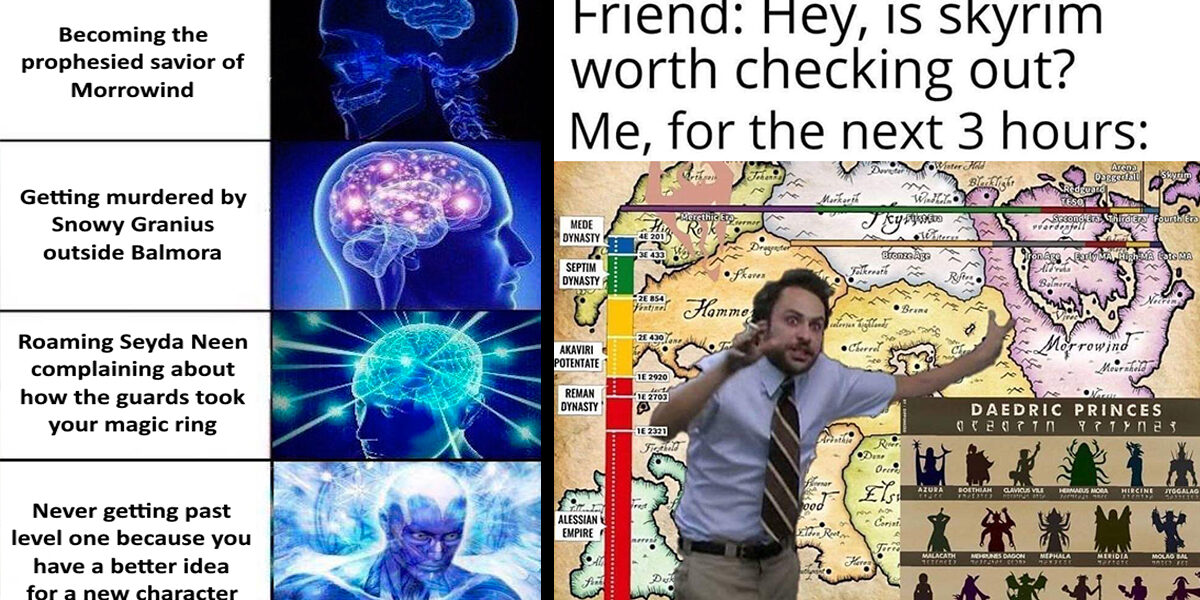 28 years have passed since gamers first virtually stepped foot in Tamriel, a land of medieval fantasy. Fans have been really feeling the absence of a new Scrolls game from Bethesda. There hasn’t been a new game since the release of The Elder Scrolls V: Skyrim (unless, of course, you consider all the online versions). Still, this hasn’t stopped fans from creating hilarious Morrowind, Oblivion, and Skyrim content. Scrolls fans are so thirsty for a new game, that they’ve resorted to modding Skyrim into oblivion (no pun intended.) Just recently, one legendary modder called trainwiz turned every dragon in Skyrim into the literal state of Ohio. And yes, they breathe fire. We’ve collected a robust roundup of memes to keep you occupied while you wait interminably for the Elder Scrolls VI announcement. And if by the end of this dank collection you’re still hungry for more content, we’ve got you covered.