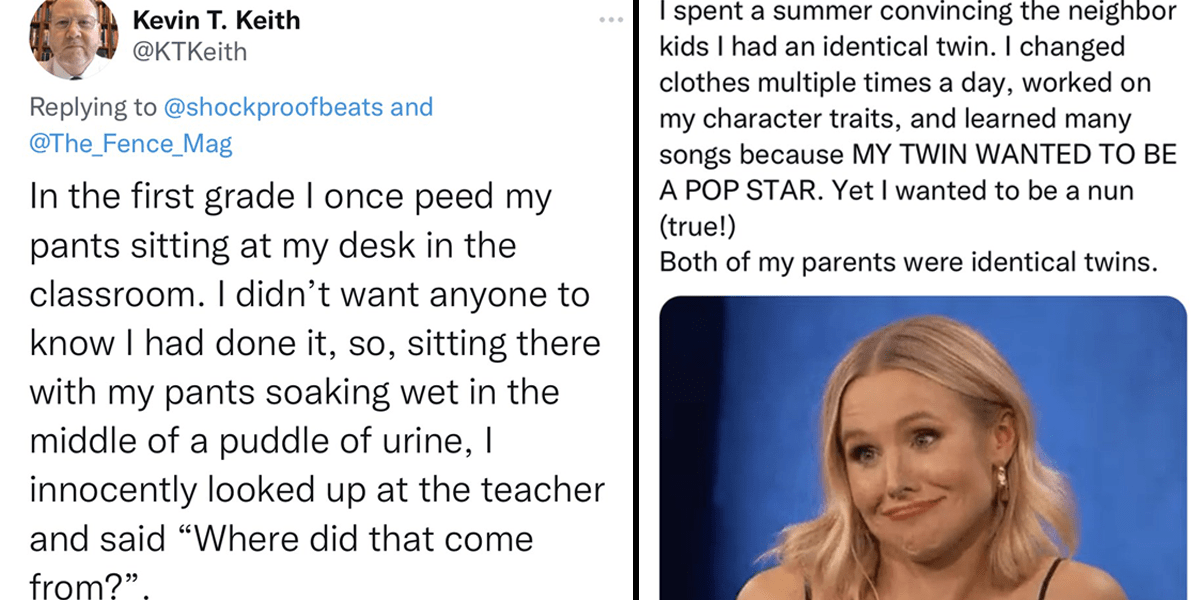 While it’s true that lying is generally bad, it’s also true that some lies are so inane, so ridiculous, and so detailed, that the entertainment factor pretty much absolves the fibber of sin. When I was a kid I would write personal essays that were filled with lies so obvious (No, I never actually worked at a tiger preserve in China) that it’s a miracle I got all As. Perhaps my teachers admired my creativity, or gave me points simply because they had something entertaining to read in the teacher’s lounge. Either way, I made it work. Yesterday, author Seamas O’Malley shared a Twitter thread that reminded me of my shameless school-age lies.

It seems that as a child in Catholic school, our hero was tasked with writing a paper about world cultures. They remembered it late, panicked, and dreamed up an entire festival, thinking his teacher wouldn’t be able to verify the event’s existence. The tale is a wild and hilarious ride. As a bonus, O’Malley asked their followers to share their own funny and wildly stupid lies. And boy, did they deliver. We’ve put the thread and some of our favorite responses right here for your easy perusal, but there’s loads more humor to be enjoyed at the source. Here’s to creative dishonesty.