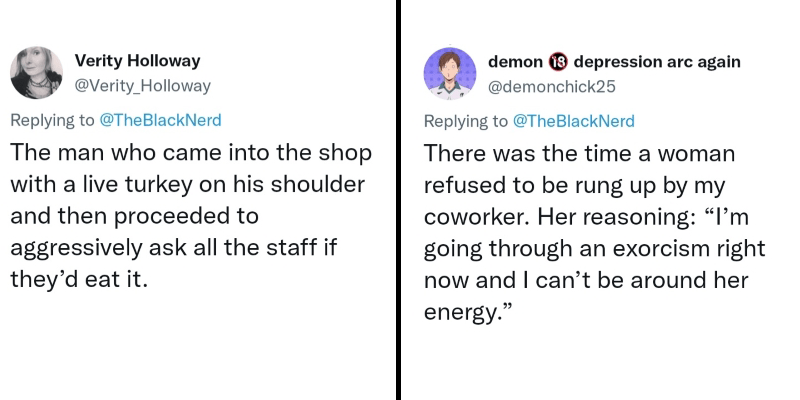 If there’s one thing everyone learns when they work a customer service job, it’s that the general public sucks. They’re frequently rude, unreasonable and annoying for no good reason, and usually the person on the receiving end doesn’t earn much more than minimum wage for the pleasure of dealing with them.

The meanness might be something that you come to expect, but there is no amount of preparation that can be made for the sheer amount of weirdos you get acquainted with when you work in this kind of role. This has been highlighted recently by a thread which @TheBlackNerd started, asking current and former employees to share their tales of their most haunting interactions with customers. People were only too happy to share the trauma, and then some. We’ve collected some of the wildest stories here. With some of them, it’s hard to tell whether we should be entertained or terrified.

Anyone who has worked a customer service job, what’s a customer interaction that still haunts you?

One time at Starbucks, I was cleaning the restrooms and knocked on the women’s restroom door and the response I got was an angry “WHO IS IT?”