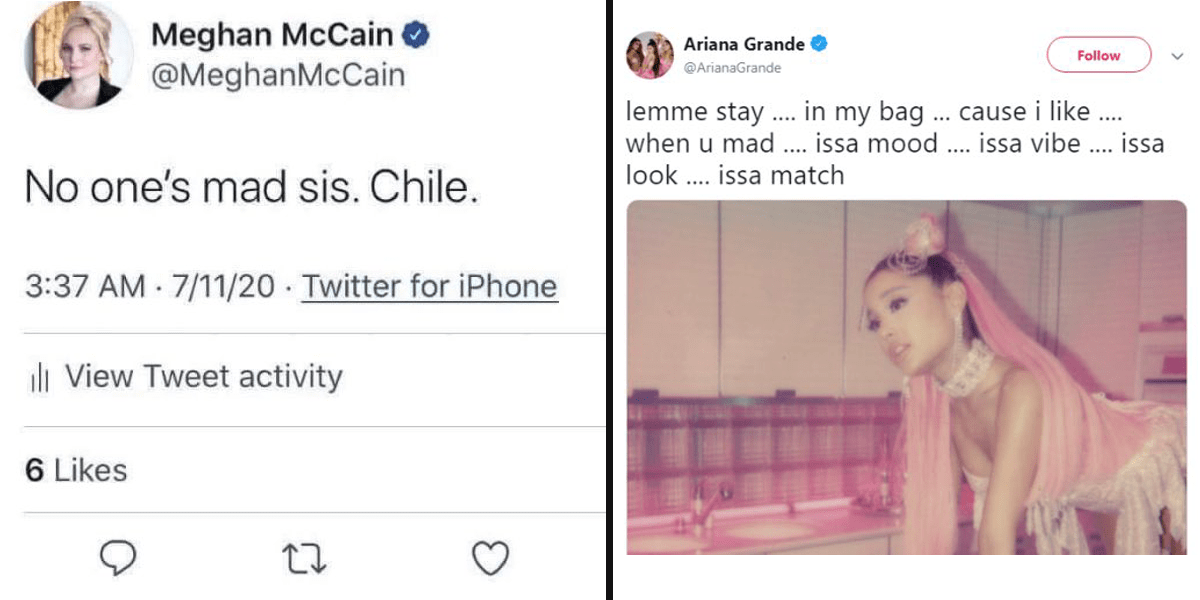 Certain aspects of culture tend to seep into our brains. Over the past decade or so, especially thanks to hip-hop, rap, andBlack Twitter, AAVE has definitely fallen into that category. Because of their prevalence, a lot of AAVE (African American Vernacular) has become slang. But not everybody is able to use it correctly. See, when clueless people use AAVE and related slang in order to be hip, it usually fails miserably. And when these attempts occur in public internet spaces, like Twitter, chances are they are going to get roasted. Enterprising Twitter user @finesseeness decided to create a thread of these instances, and boy, is the cringe is real.

She begins the thread with an impeccable example from Meghan McCain, in which she says “No one’s mad sis. Chile.”