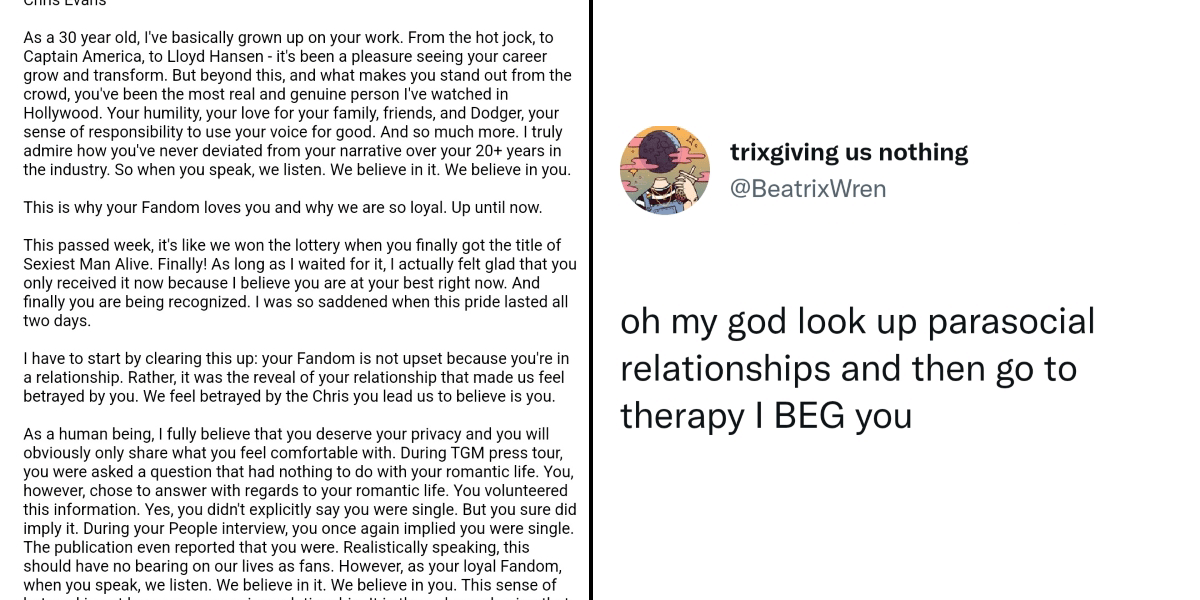 Being a fan isn’t always easy. To be honest, a lot of celebrities are pretty shady, and you never know when your squeaky clean fave might be exposed for something heinous. At the same time, choosing to have a fixation on a famous person is a choice that has to have certain boundaries. There’s nothing wrong with going to multiple tour dates of your favorite singer, or religiously rewatching every movie in which your famous crush stars. However, that doesn’t mean you’re entitled to their whole life somehow.

Unfortunately, many of those blinded by star power don’t see it that way. Fandom members often get accused of needlessly intrusive behavior, but they don’t always get as much attention as one devoted Chris Evans fan on Twitter recently. Responding to the news that he was dating fellow actor Alba Baptista, she launched into a passionate essay about why this reveal had been unacceptable. Her rant got called out by almost everyone who read it, questioning why she felt entitled to say these things. There is a fine line between celebrity worship and needing a lot of therapy, that’s for sure.