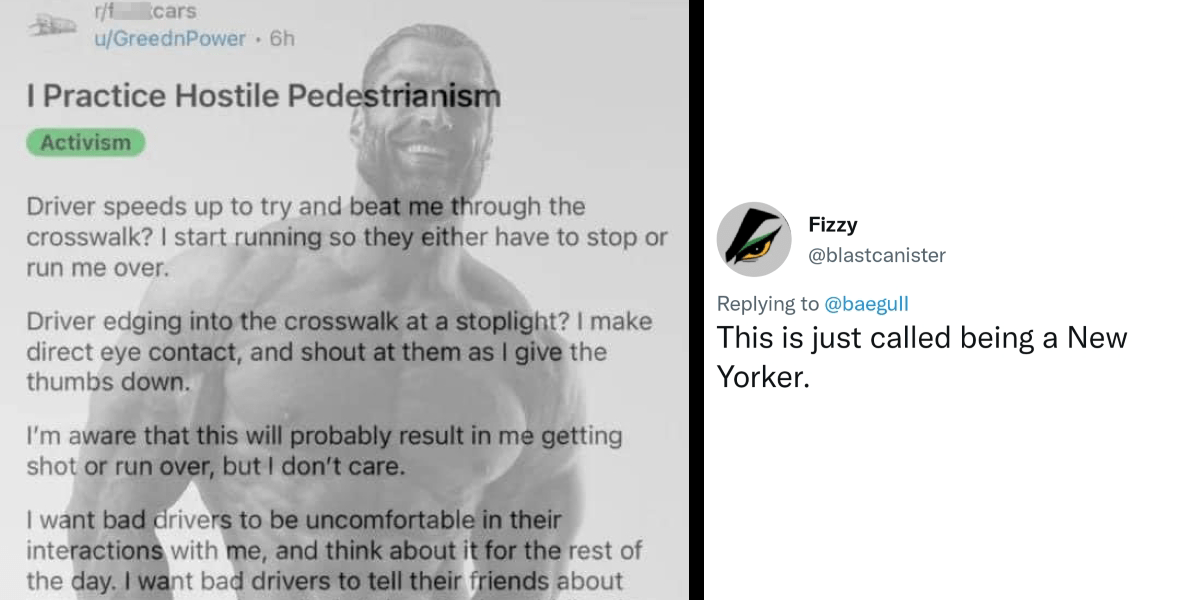 More and more, the internet is warming up to an argument in favor of more walkable, less car-centric towns and cities that have better public transport. If you think about it, it is kind of insane that such a high proportion of the U.S. is not able to visit the grocery store, or go to the doctor without having to drive there.

While cars may be an essential in many parts of the country, it doesn’t mean that their ubiquity should go unchallenged. Even the most conscientious of drivers is guilty of the occasional misdemeanor, and it’s easy to get too ballsy when you feel like your chosen mode of transport rules the streets. This has led one Redditor to start acting out against this, by fighting the plight of bad drivers on foot. The approach has led to some heated debate, with not everybody in favor of the activism. So long as nobody gets run over.