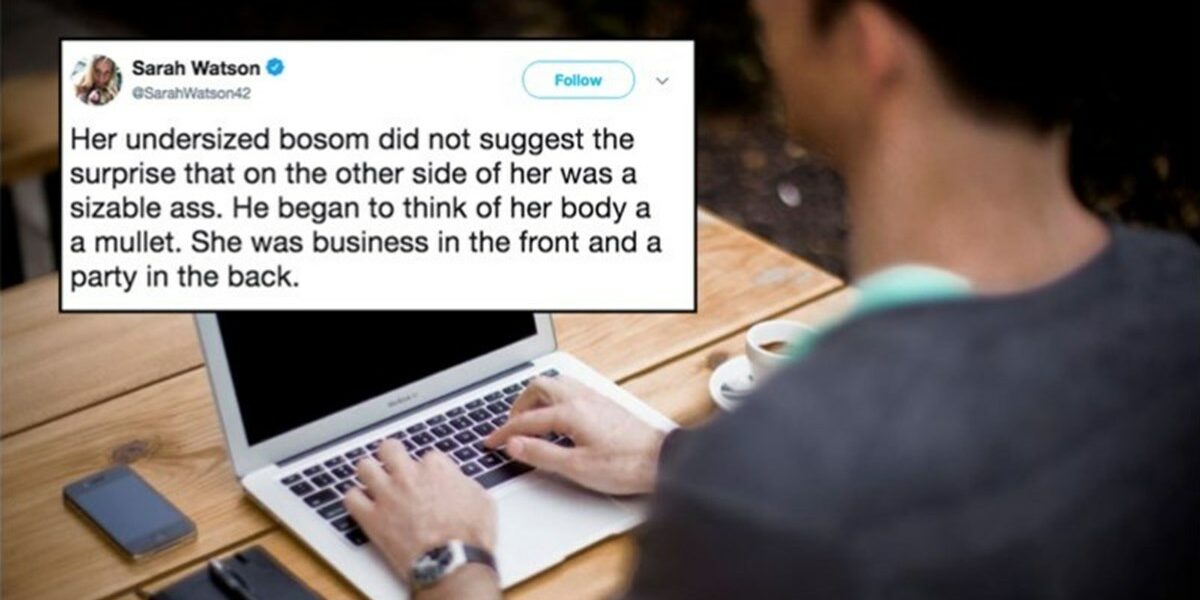 Thank you, Literary Twitter for starting our new favorite hashtag challenge. The fun stems from the #OwnVoices hashtag, which addresses the voices of marginalized communities. The hashtag naturally had its critcs; among them was a male author that insisted he was living proof that men are capable of penning realistic female characters. After Gwen C. Katz
shared some super-cringey passages of his proof, the challenge was born.

Women on Twitter quickly began parodying the passages, describing their most coveted features in hilarious and painfully flowery fashion. Many of these tweets show greater writing chops than we’ve seen in some books. While the fetishization of female characters is certainly getting old, we could read these farcical tweets all day.