‘Band of Brothers’ Memes For Lovers of the HBO Miniseries 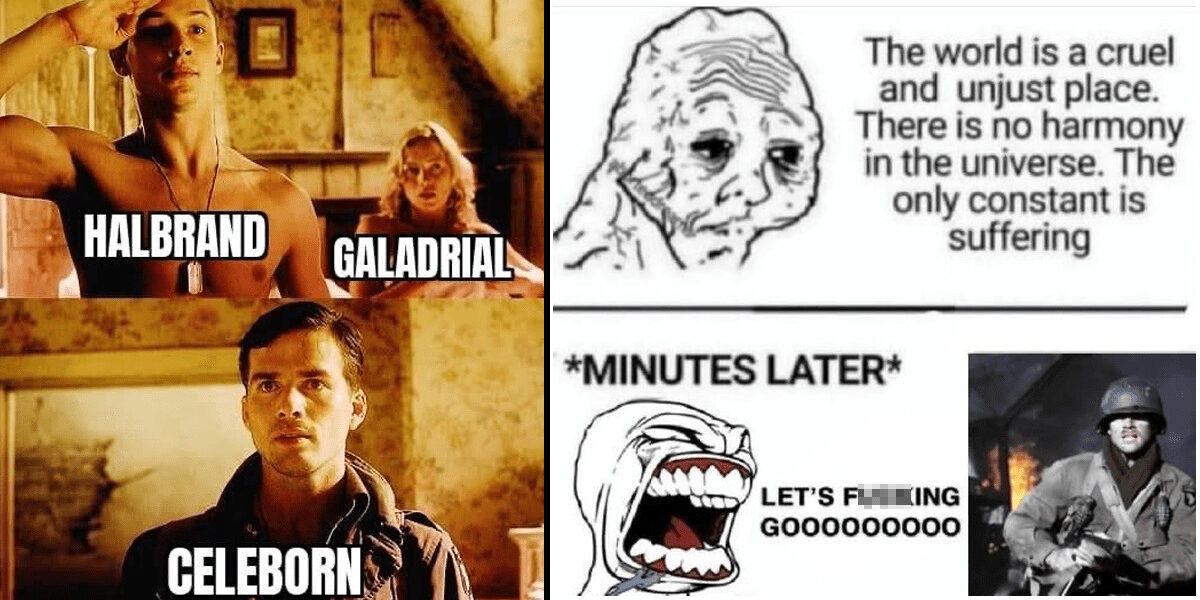 I guess I need to admit that we don’t all have the urge to watch gruesome, bleak, and violent war movies and read books about statecraft and strategy. I fully recognize that as a 34-year-old woman, this may be considered an odd passion or pastime. But if you, too, watched Band of Brothers  as many times as I have, you can definitely understand the fascination with brave American paratroopers descending through a smoke-filled night sky in France. At the very least, one must have some admiration for the camaraderie depicted in the HBO miniseries. These guys saved each other’s asses as they all attempted to save Europe. For some people, the show is a bit of an obsession. It just hits different than The Pacific. Band of Brothers has such a cult following that there’s actually an entire Facebook group dedicated to using the 10-hour-long film (and its plot) to create memes. Most of them are admittedly dumb, but we love seeing the familiar faces – even if they’re just in some shitposts.