A Scholarly Bunch of History Memes For Big Brained Scrolling 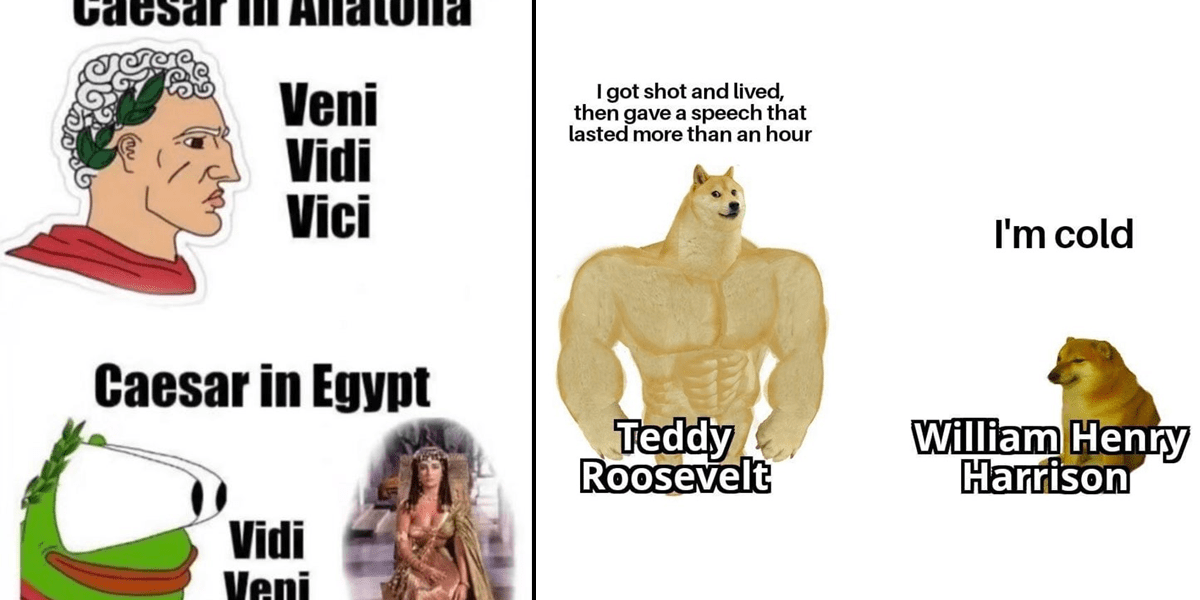 It’s almost 2023 and it feels as though we’ve been living in unprecedented times for, well, our whole lives. Maybe I’m just speaking for millennials, but nothing has felt right. Nothing has felt easy. And everything all over the globe feels like a damn mess. That said, we imagine there have been more than several periods of history that felt charged with the same chaotic energy. Looking back in time, there have been countless wars, natural disasters, and violent atrocities in pretty much every single century. We usually have a blast collecting history memes for galleries like this, but at a certain point we can’t help but wonder if people are going to be able to poke fun at our generation’s misfortunes the way we do for those of generations of the past. And while we don’t want to be the butt of the joke, it’s only fair. We’ve been laughing at history memes for years. Maybe it’s just about to be our turn.