A Nest Full of Niche Birdwatching Memes For the True Heads 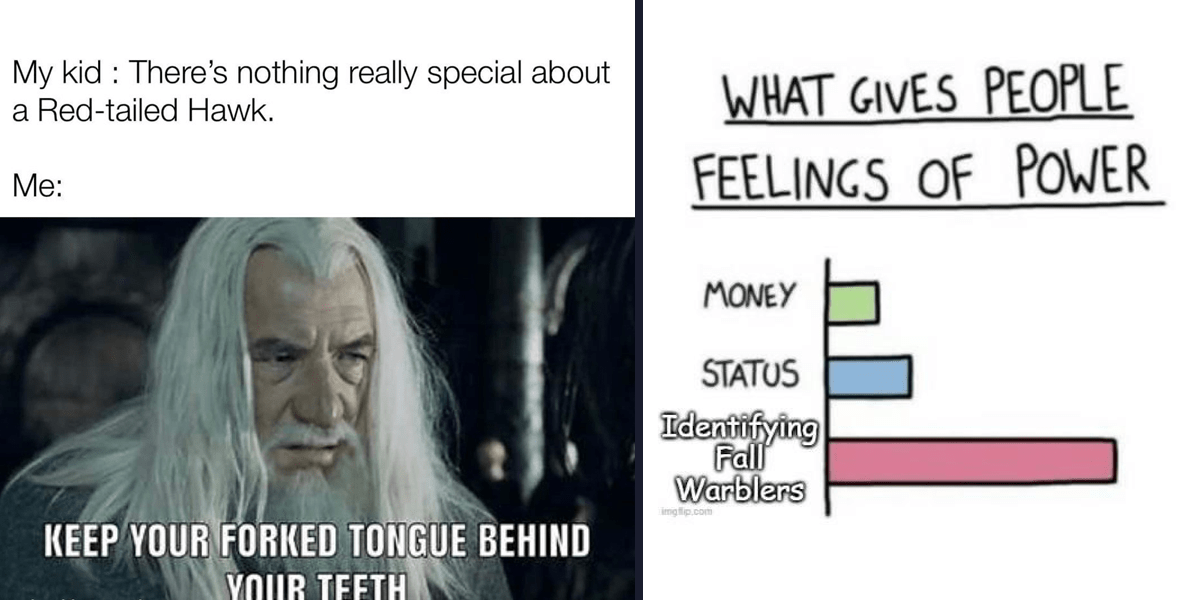 You ever hear of a little thing called ‘Rule 34‘? If not, well, you’re in for a treat. It’s probably even a concept you’re familiar with.

From Know Your Meme:

If you’ve spent any time on the internet, you probably know the above to be true. But we think the same is true for memes. There are memes about literally everything, and scores of subreddits dedicated to these hyper-specific interests and jokes. Today, however, we’re focusing on birding memes. The birdwatching community is quite prolific in their meme-making, and as bird enthusiasts ourselves, we have to say that we appreciate that prolificness. We’ve included a taste of this humor in this gallery, but if you want more you can get ’em here.