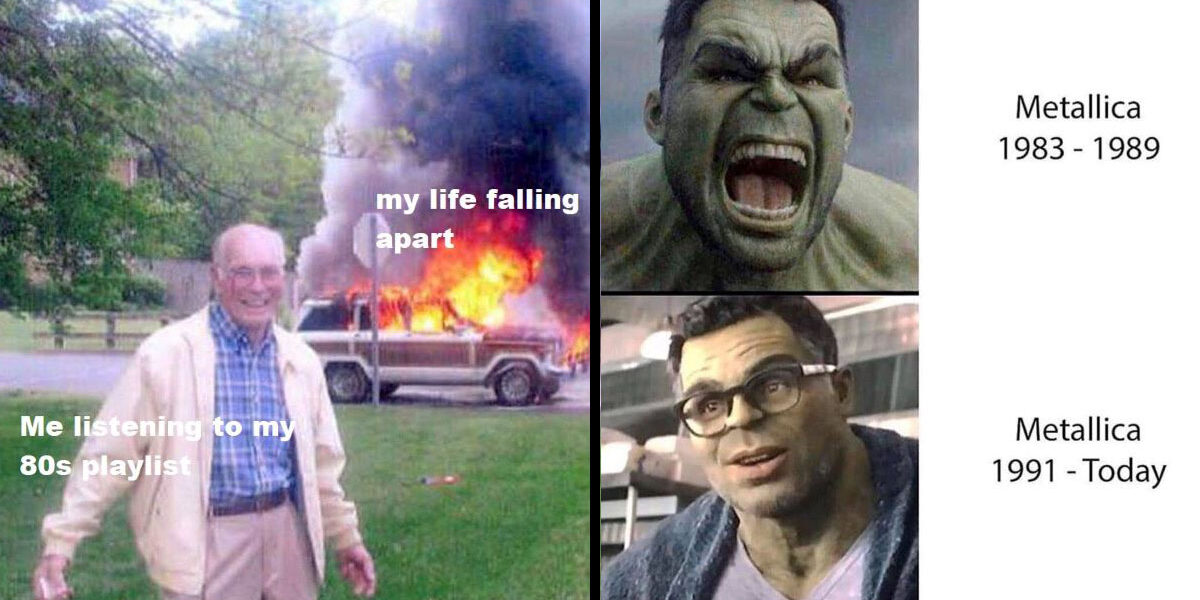 When I was in high school, I was literally addicted to the 80s radio station. Even though I was birthed into this world in the 90s, these songs defined my teenage years. One of the most intriguing moments of this 98.7 KLUV era was when my sister and I discovered that our drive to school took up the entire runtime of the hit long song, American Pie. One day, the song began playing on the radio right when we started driving to school. By the time we pulled into my parking space, the tune memorializing Buddy Holly’s death was over. We tested this theory several times; my sister played the song on her phone while I drove, and our theory was proven every time. My sister was also a big Queen fan, so the constant repetition of Bohemian Rhapsody the station played really set her up for a good day at high school. If you grew up with 80s music, learned to love it through your parents, or are just getting into it, these 80s music memes won’t make today the day the music died.