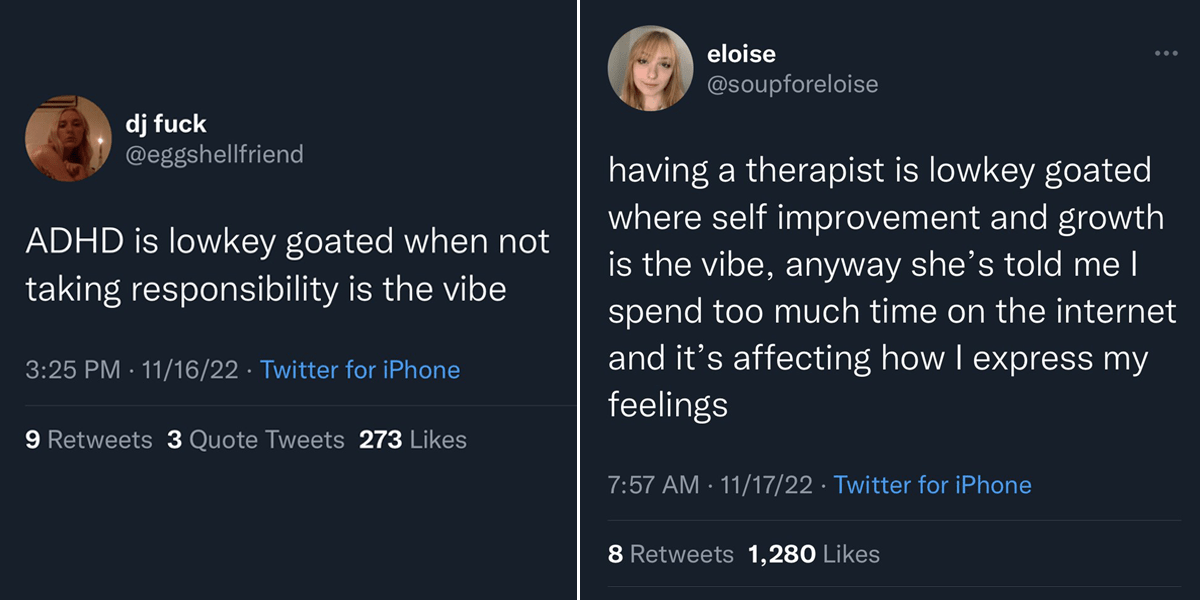 Getting older is weird for a lot of reasons, but feeling nearly illiterate where Internet slang is concerned has gotta be up there, at least for me. While being online pretty much 24/7 is kind of my job, I’m still not hip to (or happy about) what kids these days are saying on social apps or even in regular conversation.

It feels like people started saying GOAT years ago to describe something that is some variation of “greatest of all time,” but using “goated” as a verb is definitely a more recent phenomenon, and to my millennial ears and mouth, it feels pretty damn foreign. The first real meme to feature the verb is probably “Quirked Up White Boy Goated With The Sauce,” an example of a “slang overload” meme. Memes like QUWBGWTS (lol) can be pretty alienating to those who are not in the know, but they’re really handy for perpetuating the slang that they’re making fun of. It was only a matter of time before another meme utilized the term “goated,” and brothers. That time is now.

Back in March, Twitter user Cameron Bradford tweeted that “Legs are basically goated in any situation where walking is the vibe.” As cringey as that sentence is, we know it’s an example of self-aware humor.